The primary military wing of the Bashar Al-Assad's Syrian government, the Syrian Arab Army has been involved in the conflict since its beginning. They work to fight against groups considered "terrorists" by the government, ranging from the "Islamic State" to those the U.S. and other nations consider "moderate rebels," citing instances of them being allied with or containing radical Islamist factions. The SAA has been accused of a large variety of war crimes, including indiscriminately attacking and executing civilians, and denying civilians food and water. Service in the Syrian Arab Army is mandated by Syrian law for 18-year-olds, lasting at least 18 months, but many soldiers have defected since the start of the war; some have defected from rebel groups to the SAA, however.

A Lebanese Shi'a political party, militia, and U.S.-designated Foreign Terrorist Organization, Hezbollah members usually fight alongside the Syrian Army, both at Syrian-Lebanese border zones and throughout the country. Hezbollah was founded as an "Islamic resistance" group in response to the Israeli occupation of South Lebanon during the Lebanese Civil War. Hezbollah receives its weapons and other military aid mainly from Iran. The group became involved in the conflict in 2012, calling the Syrian opposition a product of a "Zionist-Wahhabi conspiracy," or in other words, accusing Zionists (supporters of the establishment and protection of a Jewish homeland in what was Palestine) and Wahhabists (adherents to the ultra-conservative sect of Islam practiced in Saudi Arabia) of collaborating to take down the government of Bashar Al-Assad. Saudi Arabia and Israel do not have diplomatic relations.

Initially a centrally-administrated organization created by a group of officers defecting from the Syrian Arab Army, the Free Syrian Army is now a label used by many different groups fighting against the Syrian government. Many factions calling themselves the Free Syrian Army have been accused of a variety of war crimes and fighting alongside radical Islamist groups, such as Jabhat Fatah Al-Sham.

A relatively new conglomerate of militias after gaining its start in late 2015, the Syrian Democratic Forces are made up of an ethnically and religiously diverse group of militias, including Kurds, Arabs, and others. They advocate for a free, secular Syria under a federalist system. Their largest foreign supporter is the United States, however they have at times fought alongside Russia against Turkey-affiliated groups, by whom they are considered radicalists. United States Special Operation forces are currently embedded with them, especially for the purpose of liberating Raqqa from "Islamic State" militants. 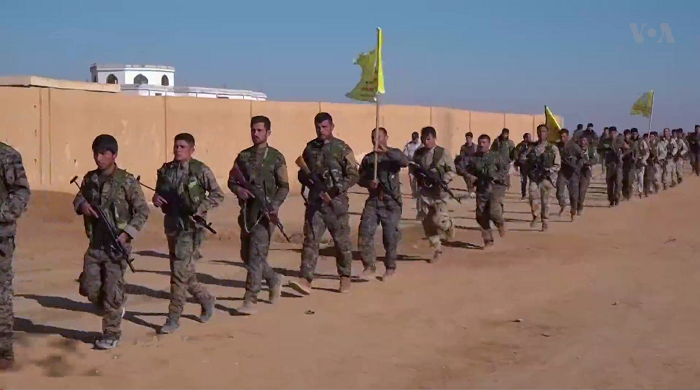 Infamous for their sheer brutality by means such as beheadings, rapes, and other methods of violent enforcement of their interpretation of Islamic law, the so-called "Islamic State" operates primarily out of their de facto Syrian capital, Raqqa, while launching terrorist attacks in other portions of the country, region, and world at large. Da'esh also has a military force employing the same brutal tactics. 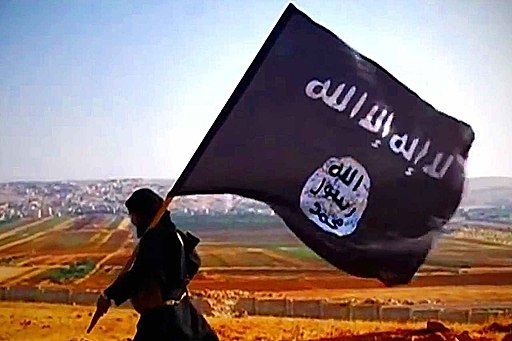 Jabhat Fatah Al-Sham was formerly known as Jabhat Al-Nusra and operated as the primary Syrian affiliate of Al-Qaeda. While hardline Islamist extremists, they are rumored to be supported by some Gulf Arab states, such as Qatar and Saudi Arabia, and have been found fighting alongside the Free Syrian Army.

Primarily participating by means of airstrikes, the coalition aims to fight against Da'esh and Jabhat Fatah Al-Sham. They have been criticized extensively by Iran, Russia, and the Assad-led government themselves, for failing to acquire authorization from the Syrian government, thus violating the status of Syria as a sovereign nation.

Russia joined the war in Syria with their air force in September 2015, and now maintains various presences in Syria on the ground, such as the Hmeimim Airbase in Lattakia province, which is now a permanent foreign air base of the Russian government. They have faced criticism by members of the US-Led Coalition and Syrian opposition for thousands of reported civilian casualties and strikes against what they consider to be moderate rebels.

Although a member of the US-Led Coalition, Turkey has a more unique role in the conflict than many other members considering both its proximity to Syria and its recently begun involvement on the ground. Turkey is also an active detractor of foreign support for Kurdish forces, such as the Syrian Democratic Forces, whom they consider to be terrorists due to their alliance with the Kurdistan Worker's Party, or PKK.

Israel claims to not be intervening in favor of any specific player in Syria, and has not confirmed launching any airstrikes in Syria suspected to be Israeli. On top of being accused of launching air strikes against Syrian Arab Army and Hezbollah positions, Israel has been also accused of supplying weapons and other aid to Syrian rebels. Since far before the start of the Syrian Civil War, Israel has been considered an "enemy" of the Assad government, often simply referred to as "the Zionist entity." Since the 1967 Six-Day War, Israel has occupied Syria's Golan Heights.